Urbe Aero Flight Academy placed a large order for the purchase of brand-new training aircraft from Diamond Aircraft, due to the excellent relationship the Academy has had with the aircraft manufacturer for years offering a modern and state-of-the-art fleet to its students. With this new investment, the current 11-aircraft fleet at Rome Urbe Airport in Italy, will be increased by seven new DA40 NG single-engine aircraft and one DA42-VI twin-engine aircraft.

From the very beginning, Urbe Aero Flight Academy has believed in innovation and technology as the key for success, offering high level training from the early steps of flying as a commitment to their students. This new investment is a testimony to their vision. By adding further DA40 NG and DA42-VI aircraft to their fleet, they are not only adding the most modern, safe, and reliable training aircraft currently available on the market, but also show their care for the environment. The aircraft equipped with Garmin G1000 NXi glass cockpits and powered by the efficient 168 hp AUSTRO AE300 jet-fuel engines burn up to 50% less and lead-free fuel and operate quieter than conventional AvGas powered aircraft.

“Thanks to our shareholders’ vision and passion for continuous innovation, our Flight Academy is now able to make this important acquisition to cope with current and future partnerships with European airlines,” stated Prof. Lorenzo Mezzadri, Accountable Manager of Urbe Aero Flight Academy. “The growth of our organization in the last twelve years and the huge number of young pilots we were able to prepare for the major airlines, is clear evidence of a basic solidity for a high-level service. With this investment, our fleet will reach 19 Diamond aircraft (7 DA20-C1, 9 DA40 NG and 3 DA42-VI). Our continuous growth and these new projects would not have been possible without the important collaboration with Diamond Aircraft in which we believed from the very beginning”.

“Urbe Aero Flight Academy has been tremendously benefiting from operating aircraft by the same manufacturer for both single engine and multi engine training. Fleet commonality offers them more advantages, such as minimized instructor standardization, rapid student transition and reduced parts inventories. We are delighted about their successful development and are proud to be part of this exciting journey to move the aviation industry forward,” said Jane Wang, Sales Director, Diamond Aircraft Austria.

About Urbe Aero Flight Academy
Urbe Aero Flight Academy is a leading airline pilot training organization in Europe that has been active in aviation for over 20 years, first as an aircraft dealer then as a flight academy and aircraft maintenance organization. Urbe Aero Group includes aircraft maintenance affiliates in Austria, Germany, and Croatia. The Academy operates a fleet of 11 modern single-engine and twin-engine Diamond DA20, DA40, DA42 aircraft, with Garmin glass-cockpit avionics. The fleet is complemented by two flight simulators, a Diamond DA42 and a Boing 737NG, the later type also used by airlines for pilot selection. The Company is based at the Rome Urbe Airport where it has about 2200 square meters of surface area including hangars, offices, and modern multimedia classrooms for face-to-face and remote training. With over 50 highly specialized flight and theoretical knowledge instructors, the school guarantees a state-of-the-art training environment where each student is followed with dedication and scrupulousness in his learning path. The school is an EASA Approved Training Organization (EASA IT.ATO.0065) with over 170 students of pilot training for airline and flight instructor careers. 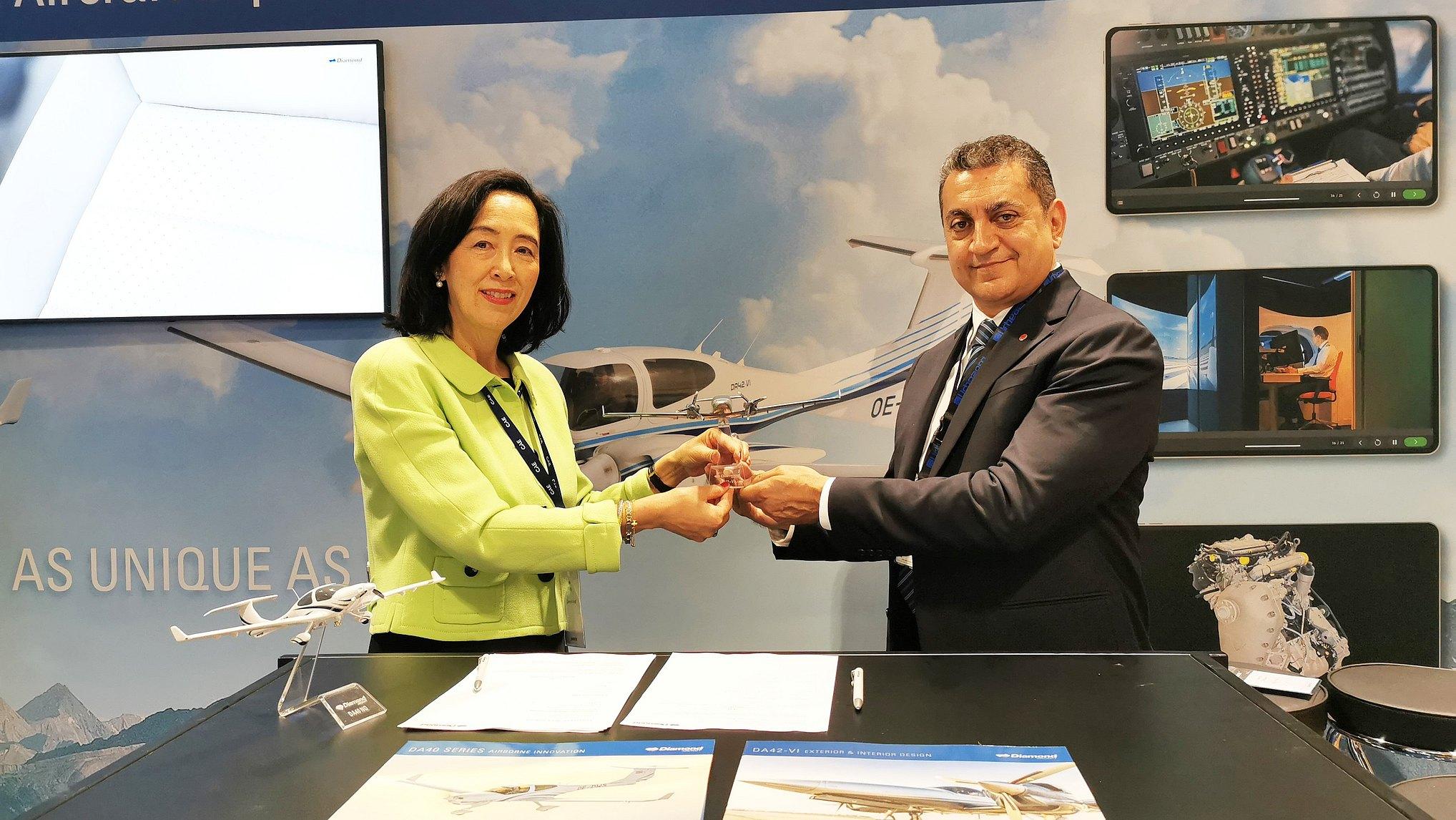 Emirates Flight Training Academy Revealed as the Winner of the…