Landon Bosco is from Port Orange, Florida. He received a $5,000 flight training scholarship. Landon is a junior at Spruce Creek High School and has been involved with ROTC, sailing, and scuba. A pilot encouraged him to learn to sail, explaining that a plane’s wing works much like a sail. So, he did learn to sail and even won a sailing regatta as part of a sailing team.

Ethan Harpending is from Knoxville, Tennessee. He attends Christian Academy of Knoxville and will graduate in 2023. He received a $20,000 scholarship to attend the Aircraft Mechanic Program at Epic. Ethan shares a passion for aviation maintenance with his older brother, a project engineer at Lockheed Martin, and hopes to work with his brother someday.

Roland Ireland is from Oxford, Florida where is a junior at The Villages Charter High School. He received a $5,000 pilot training scholarship. Roland is a member of Science National Honor Society, the National Junior Honor Society, and many other organizations. He has done extensive volunteer work in his community.

Aaron Perez is from Cape Coral, Florida. He graduated earlier this year from North Fort Myers High School. Aaron worked this past summer at an FBO before enrolling at Epic as he was determined to become an aircraft mechanic with or without a scholarship. Aaron’s letters of recommendation described his determination and commitment, which Epic can now vouch for. He received a $20,000 scholarship.

Austin White is a senior at T.R. Robinson High School in Tampa, Florida. Austin received a $20,000 flight training scholarship. He has been involved in scouting for years, even receiving the Eagle Scout award, and has an impressive record of community service. He has served in the Tampa Mayor’s Youth Corps and was elected to the Mayor’s Youth Leadership Council where he currently serves as a senior leader. His letters of recommendation praise his hard work and commitment to his community. 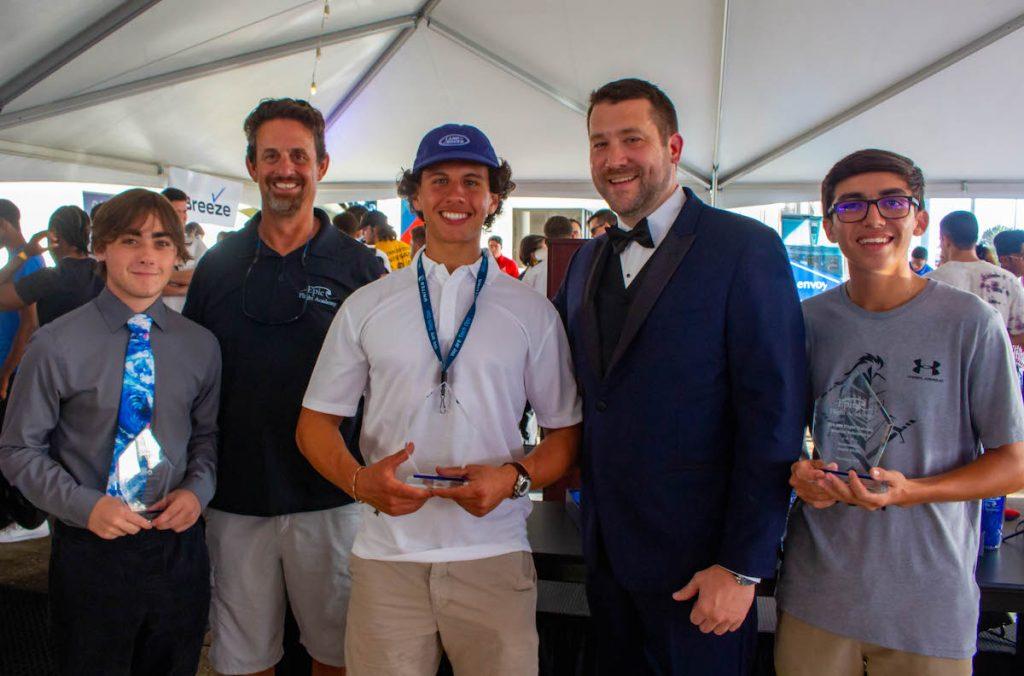