On January 4, at the Reus Airport (Tarragona) facilities, something less than historic took place: the candidate and owner of the aircraft, Carlos Bravo, became a qualified Super Saeta pilot thanks to the passion and commitment to aviation of the candidate, the instructor and the school.

The Super Saeta HA – 220 is a Spanish aviation flag plane from the 1960s, being one of the first jets with a pressurized cabin that allowed Spain to position itself in the international aviation market. It was operated by the 214 Squadron of the Air Force for school missions until its withdrawal in 1981. The remaining copies were auctioned and acquired by different individuals.

The peculiarity of the fact resides in the fact that it is a plane with special characteristics since it is a war plane, with two turbine reactors, which requires a very specific qualification to be able to handle it. A project of this magnitude could not have been carried out without the perseverance and values ​​of an aviator like Carlos and the perseverance of an aeronautical company like World Aviation. Together they have created a bond that transcends beyond aviation and culminates in the passion to turn what is difficult into an extraordinary and unique adventure. 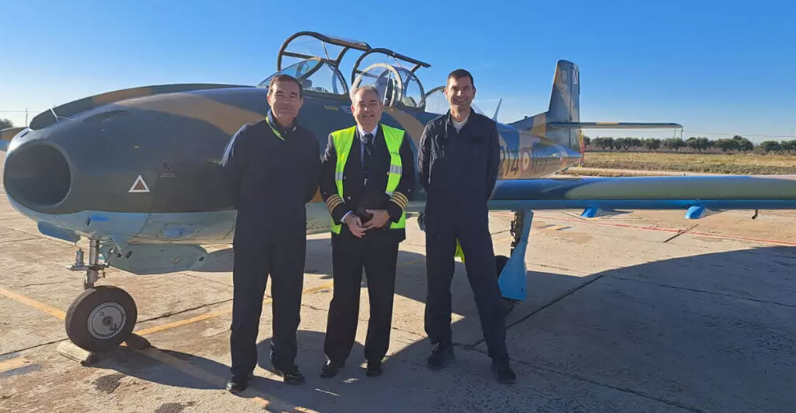