Prime Minister Shri Narendra Modi unveiled HTT-40, an indigenous trainer aircraft designed and developed by Hindustan Aeronautics Limited (HAL), at the India Pavilion during 12th DefExpo in Gandhinagar, Gujarat on October 19, 2022. Raksha Mantri Shri Rajnath Singh, Chief Minister of Gujarat Shri Bhupendrabhai Patel were among those present on the occasion. The aircraft has state-of-the-art contemporary systems and has been designed with pilot-friendly features. With over 60 per cent in-house parts and collaboration of private industry, it is a shining example of the vision of ‘Aatmanirbhar Bharat’.

The HTT-40 would be used for basic flight training, aerobatics, instrument flying and close formation flights whereas its secondary roles would include navigation and night flying. It is a testament to the cutting-edge technology designed to meet primary training requirements of the Indian defence services.

Built around a meticulously-tested turbo-prop engine, the aircraft is equipped with the latest avionics, an air-conditioned cabin and ejection seats. It boasts of unique features like running change-over of pilots, hot-refuelling and short-turnaround time. All the tests required for certification were completed in record six years from the first flight.

The HTT-40 has completed all systems tests, all PSQR performances, hot weather, sea level and cross wind trials and user assisted technical trials. It demonstrated rain water resistance. Provisional clearance for airworthiness of the aircraft is received from Centre for Military Airworthiness and Certification (CEMILAC). 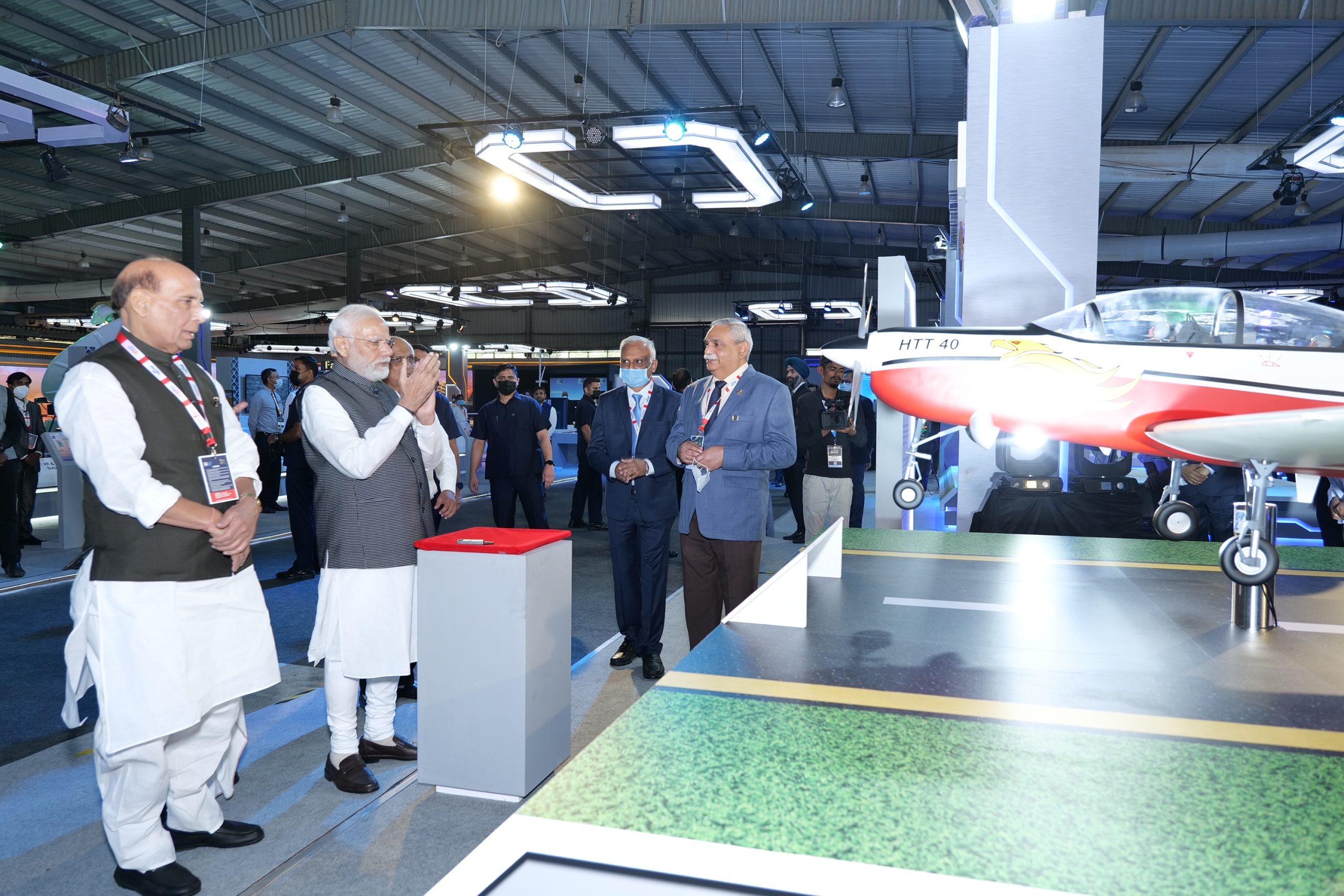