Tecnam announced that the renowned CANAVIA Spanish Aviation Academy based in the Canary Islands, will incorporate three new Tecnam aircraft: (1)Multi-engine P2006T MarkII and (2) P2008JC MarkII’s into their fleet.

The school already operates two multi-engine P2006T MarkII’s and three single-engine Tecnam P2008JC MkII”s operating 365 days a year.
With this new acquisition the academy will have a total of five P2008JC MKII, and three P2006T MKII. The P2008JC is an ideal aircraft for all phases of single-engine training, as it is equipped with the latest Garmin G3X Glass Cockpit technology and the renowned Tecnam flying qualities.

The Tecnam P2006T MkII is a twin-engine four-seat aircraft with fully retractable landing gear. Its simplicity, performance, efficiency and ergonomics are what make this aircraft ideal for multi-engine training, as well as cross-country flying. The P2006T offers unbeatable value proposition and innovative design with the modern Garmin avionics suite, and (2) Rotax 912S3 engines, allowing unrivalled fuel saving.
The P2006T MkII can compete with single engine aircraft on consumption, and in a single platform it offers different ratings as Multi Engine Piston (MEP), Variable Pitch Propeller, EFIS, and retractable landing gear.

“We are so proud to have CANAVIA as one of the major flight academy using our modern fleet solution. Together we are innovating the Flight Training in Europe.” says Tecnam’s Chief Sales Officer, Walter Da Costa.

“CANAVIA achieved the goal to having a fleet composed exclusively of Tecnam aircraft, a brand characterised by its commitment to the safety, reliability and quality of its wide range of aircraft. By doing so, CANAVIA guarantees its students and future pilots a training distinguished by excellence.” Said CANAVIA’s CEO, Mario Pons.

The aircraft delivery is also a fantastic training opportunity: as for the rest of our fleet, a student will ferry flight the aircraft, together with an instructor, from Tecnam headquarters in Capua, Italy to CANAVIA base in Canary Island, gaining experience of an international cross country flight.

By choosing Tecnam as the fleet for their academy, CANAVIA is embracing the new philosophy in flight training only offered by Tecnam. This fleet expansion will not only improve the quality of training and reduce the costs for its students, but also help to preserve the environment. Recent study shows that flight schools operating with TECNAM single engine fleet can reduce emissions by up to 60%. This equates to10 tons of CO2 for each student by the time they receive their Commercial Pilot License.

CANAVIA is also an approved TECNAM maintenance centre, performing the maintenance of its fleet and that of third parties with the highest standards of safety and quality.

CANAVIA is located in the Canary Islands and was founded in 2009. It is the only aviation academy in the Canary Islands that can offer all courses, certifications and ratings related to professional aviation, being approved by the Ministry of Transport under European EASA regulations. Over the past thirteen years the school has trained hundreds of student pilots who are now flying for major airlines all over the world. 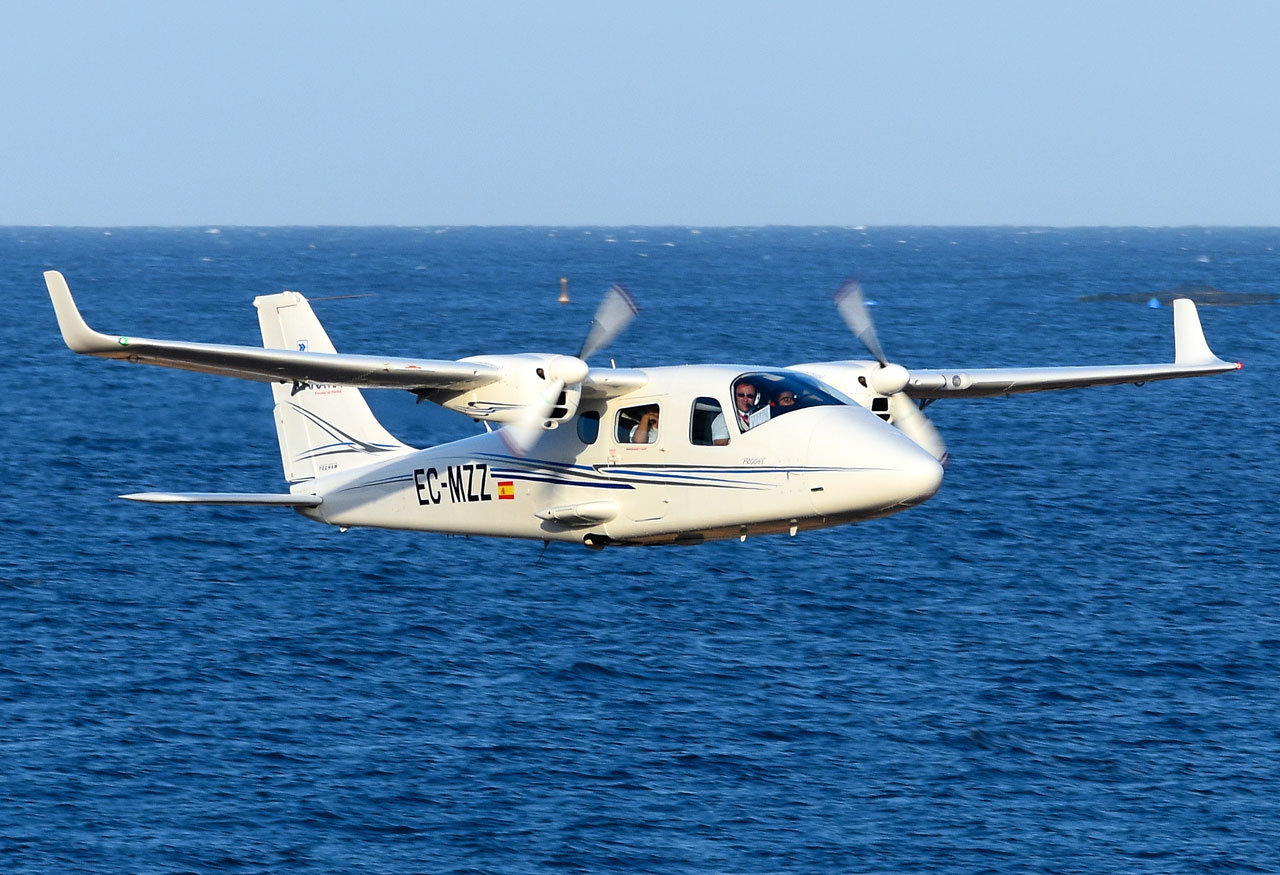