In a year of unprecedented announcements, Piedmont Airlines is making another bold move: $100,000 up front to pilots who can sit in the left seat of the flight deck and $75,000 to pilots who are close to upgrading to captain. This limited opportunity – pilots must accept a conditional job offer by the end of the year – will help propel Piedmont’s projected growth in 2023.

“Passengers are back, and the demand for travel is high, but our industry hasn’t settled into steady state yet,” said Eric Morgan, Piedmont’s CEO. “Piedmont has the opportunity to grow even as many other airlines are shrinking. We are in a unique position to say to pilots ‘come to Piedmont, help us expand our fleet and our routes, and here’s a big check to spend while you do it.’”

The $100,000 bonus replaces the current pilot retention bonuses that expire at the end of the year. Instead of paying multiple bonuses over a five-year period, Piedmont will now pay $100,000 up front to qualified pilots.

“We’ve done a tremendous amount of work to get all of our resources aligned to grow,” added Morgan. “But we have a gap in 2023-2024 between the number of airplanes we want to fly and the captains we need to fly them. We’re looking for pilots who can bring their knowledge and experience to Piedmont, fly in the left seat and get us through that 24-month time period. It’s a $100,000 bonus and top tier pay for a two-year commitment to Piedmont. These pilots will also be able to take advantage of our contractual flow to American.”

In June, Piedmont reached a deal with the Air Line Pilots Association (ALPA) to raise the starting pay for all pilots significantly above the industry standard, and for the first time, base new hire pay on experience at other airlines. The new captain pay scale ranges from $146 per hour to $213 per hour. The deal also included new work rules, enhanced bid schedules and additional hotel rooms for commuting pilots.

In October, Piedmont ratified a new contract with the International Brotherhood of Teamsters (IBT) for increased wages and better work rules for aircraft maintenance technicians (AMTs) and ground mechanics. The four-year deal ensures Piedmont will have the work force needed to support a growing number of aircraft in seven maintenance locations.

“Every investment we make in our people and our partnerships moves us toward growing the safest, most reliable regional carrier in the business,” added Morgan. “We are Piedmont proud of the work we’re doing to be a great business partner to American Airlines.”

Most of Piedmont’s projected expansion will come in American’s Charlotte and Philadelphia hubs, and Piedmont has been tapped to take on new routes out of Chicago starting in December.

Other significant announcements to position Piedmont for growth include:

In August, Piedmont announced plans to add 15 Embraer 145 jets to its fleet. The aircraft would be transferred from Envoy Air, another American regional wholly owned carrier. Piedmont received the first and second aircraft in October. Also in August, Piedmont offered employment relief to pilots of Express Jet Airlines under a contractual provision to identify and offer relief to pilots at distressed airlines.

In April, Piedmont revised its Pilot Cadet Contract to offer more flexibility to pilots building time toward the hours needed to work for a commercial airline. In May, Piedmont expanded into a new crew base to add flexibility and supportability to the network of flying it does for American.

Piedmont Airlines, Inc. is a premier regional carrier of American Airlines, providing service both on the ground and in the air across the United States. Every day, over 10,000 aviation professionals foster a mission of caring, compliance and communication on and off the airfield.  Piedmont is headquartered in Salisbury, Maryland, and operates a fleet of Embraer 145 regional jets. Piedmont Airlines’ ground handling team can be found in more than 80 airports across the United States, providing award winning ground service to passengers of American Airlines. 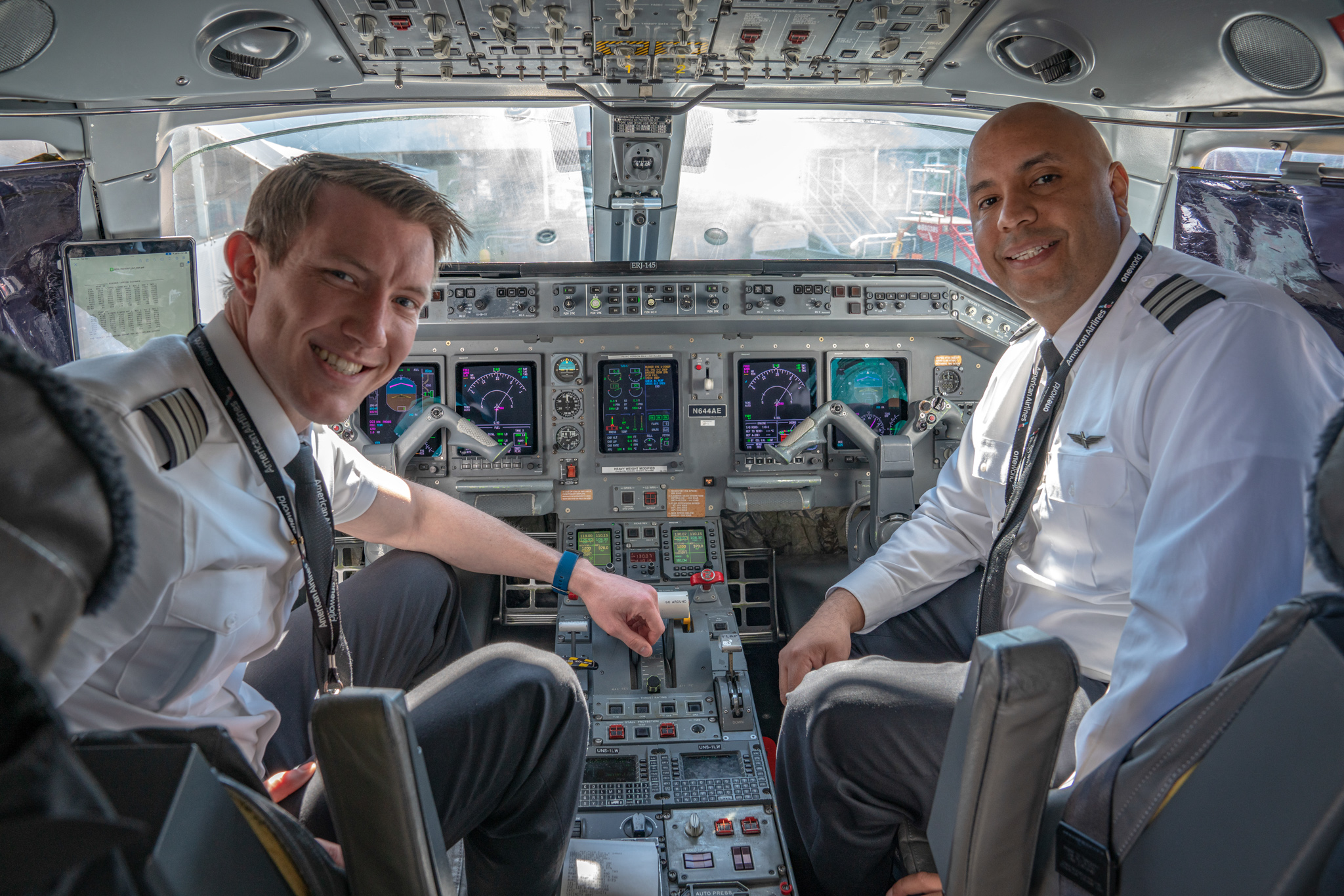